A recent article in Science [The Polluted Brain] suggests that air pollution exposure might influence the brain and how it ages. Animal studies also show that early exposure to air pollutants can influence brain structures and functions later on in life. 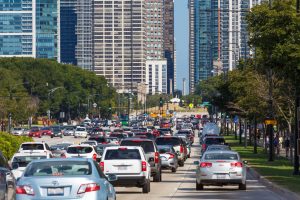 The American Lung Association's 2016 "State of the Air" report found more than half (52.1%) of the people in the United States live in counties that have unhealthy air. In Los Angeles, schools and houses continue to be built by freeways.

A new avenue of research for The Herting Laboratory is the AIR, BRAIN, AND BEHAVIOR (ABB) STUDY, which aims to assess how pollutants in the air may influence the brain and subsequent cognition.

Specifically, we are teaming up with scientists from the Children's Health Study in order to examine how air pollution during childhood and adolescence may influence brain structure and function in adulthood.

The ABB study uses a variety of MRI scan types to better understand how air pollution may impact the brain.